* In case of any delay in receiving the OTP, you may verify it later. Please proceed without verification.

Enter your City name or Pincode

Lunglei is the second largest town in Mizoram after Aizawl. Lunglei is also the headquarter of the District of Lunglei. It is located in the south-central part in Lunglei district in Mizoram. Lunglei literally means "bridge of rock". The name of the town was derived from a bridge like rock found in the riverine area near Nghasih. It is a small tributary of the river Tlawng. Located about 235 kms south of Aizawl, it is one of the most populous towns in Mizoram. 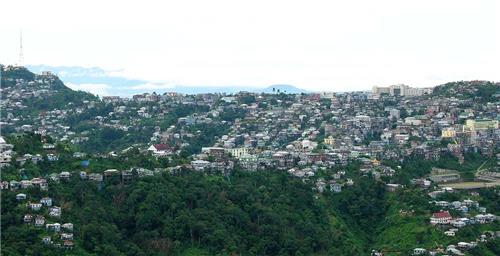 From the year 1888, Lunglei remained the Capital of South Lushai Hill Districts for 10 years and Aizawl was the capital for the North Hill Districts. In 1898, the two cities were united. Being the second largest town, Lungei remained an important town until the partition of India since Lunglei was directly connected to Chittagong- a big city in Bangladesh. This also made the town as a major education and commercial centre.

The town of Lunglei is located at an average altitude of 2368 feet above sea level. It lies between 22.88oN latitude and 92.73oE longitude. The town is bounded on the east by Myanmar, on the west by Bangladesh, on the north by Mamit and Aizawl districts and on the south by Lawngtlai district.The climate here is pleasant throughout the year. It is a great place to visit at any time of the year.

The economy of Lunglei mostly depends on agriculture and the people here earn their livelihood from growing crops. Lunglei earn its revenue by growing cash crops like rubber and coffee. Jhum Cultivation is mostly practiced by the farmers here. The principal crop that is cultivated here is rice. About 9.97% of the total land is covered with forests. Cottage industries also contribute to the growth of the economy of the region. These industries produce agricultural equipment, handloomed cloth, woven textiles, furniture and cane and bamboo products.

The Lunglei town is located in the district of Lunglei. The Deputy Commissioner is the head of the district. The office of the Deputy Commissioner is divided into various branches for smooth running of the office. The various branches are Establishment Branch, Stationery Branch, Land & Building Branch, Vehicle Branch, ILP Branch, Arms Branch, Census Branch, Planning Branch,D.M.R Branch,District Forum/Judicial Branch and Circuit House Branch. The Lunglei District Court looks after all the judicial matters of the district.

Lunglei is an important and the next major town after Aizawl inMizoram. Lunglei District. Being an important town and place in Mizoram, Lunglei also provides all the required services to its people like banking, postal and electricity services.

Lunglei has different banks and financial organizations that offer services to the people here. Largest commercial banks like the State Bank of India also have branches here. The banks also provide ATM services for the easy transaction facilities for the people. Following are the locations of the banks across the Lunglei town.

Lunglei is the second largest city situated in the state of Mizoram. It is the best place for Nature lovers. The town is rich in Flora and Fauna. Lunglei does not have too many tourist spots but it is famous for its natural beauty. One of the major tourist spot in Lunglei is the engraved image of Buddha located 50 kms from the town, near Mualcheng village. Some other tourist place in Lunglei include Serkawn, Theiriat Tlang, Nghasih stream, Lung-lei (the stone bridge after which the city is named) and Kawmzawl. It is also apopular tourist spot as it is located just about 175 kms from Aizawl and also for its beautiful picnic spots located along the rivers. Read More

How to Reach Lunglei

Lunglei is located about 175 Kms from the capital city of Aizawl. There are regular taxi and bus service from Lunglei to nearby places.

By Air
There are no airports in the city of Lunglei. However the major nearby airport is the Lengpui Airport in Aizawl. It is located about 175 kms from the town.

By Road
There are regular bus and taxi service available from Lunglei to nearby towns and states. Lunglei is connected by National Highway 54 only via Thenzawl and Serchhip. Bus Service and Maxci Cab are easily available from the town to Aizawl.

Comments / Discussion Board - About Lunglei